….I would make it illegal for Plinky to keep rehashing and rewording and re-asking the same questions…..I couldn’t take this one seriously the first time around, and not too much has changed……

If I were president, I would be deeply concerned about how people would refer to my husband. “First Lady” would need some serious revision, and First Gentleman sounds a bit too flippant and jaunty for such an important position.

“First Man” is pretty much carved in stone for Adam or whatever the name of the first homo sapien may have been. First anything seems entirely too presumptuous.

I’m leaning towards “Good Lord” I think. I would have my own name legally changed to Gurbanguly Berdimuhamedow just to confuse a few Turks, and once the tv announcers had rolled that one off their tongues, adding “…..and Good Lord W” would be quite a relief in comparison.

That way they would be allowed to say GOOD LORD and roll their eyes and actually get away with it, even in print where the eye rolling part would be the sole responsibility of the reader.

If I were president I would also get a different hair cut and buy more shoes. And does the White House really HAVE to be white? So many things to think about, it boggles the mind. 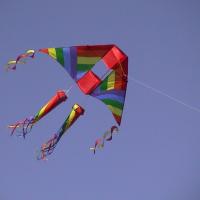