When Annie was three years old her mother told her to act her age. Stop being such a baby, she said, you’re a big girl now.

When Annie was six years old her mother told her to stop behaving like a two year old. You are being so childish, she said, it’s ridiculous. Act your age.

When Annie was twelve she longed to be sixteen. You are still a child, her mother told her, not a teenager. You aren’t ready and you are not mature. Perhaps you should stop trying to grow up so fast and act your age.

When Annie was a party girl at twenty-one and wild and free, her mother told her to grow up. Do something with your life, she said, get a better job, stop hanging around with losers, make some plans for your future. For someone your age you are being very irresponsible.

When Annie fell in love and got married and had a daughter of her own, her mother said it made her very sad to see that she had settled down so young. She should have waited, and travelled, and persued a career, and enjoyed being single and free while she had the chance. Too late now, she said with a sigh.

Before Annie was thirty she went on a month long trip far away from her mother and took her little daughter with her. They played on the beach and slept until noon and laughed and were silly and hardly ever stopped smiling. Her mother told her she was setting a very poor example, not being a responsible parent, not properly disciplining her child and certainly not acting her age.

Annie told her daughter she hoped she would be happy with every moment of every day of her life at whatever age she happened to be. Cry like a baby if that’s how you feel, pout like a two year old while you’re solving your problems if that’s what helps you to solve them. Dress up and dream and pretend. Dance and sing and shout and laugh and love. Don’t try too hard to grow up, but don’t try NOT to grow up either. Don’t wish to be anyone or anything except exactly who and what you are.

And promise me this, my darling daughter, for the rest of your life, for as long as you live, that you will never, never, NEVER act your age.

Isn’t this lovely?  Kinda looks like spring.  But it’s the picture for January on my ‘your true nature’ calendar.  Last night a cold snap hit us.  Rather hard.  So it’s time to plug in the vehicles, plug up the drafty places, plug in the heating pads, and keep on plugging away until our own personal woods starts to look like this one.  We don’t actually have our own personal woods, but we do have grass and a tree and a vivid imagination, which is almost the same thing, but not really.

If it wasn’t Martin Luther King Day today in the U.S. it would be National Nothing Day instead.  The former usurps the latter when they both fall on the third Monday of this gawdawful month. It’s a week away from Chinese New Year, and ten days away from Australia Day, followed by Holocaust Remembrance Day on the 27th and Vasant Panchami (a Hindu Festival) on the 28th.  Calendars can be pretty damned interesting things. 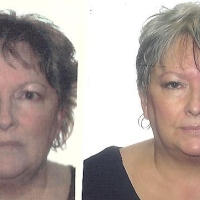