Daily Prompt:  Escape!  Describe your ultimate escape plan (and tell us what you’re escaping from).

Warning – this post contains the word shit, a whole lot of times.

People have shit on my life, and shit has happened to me in my lifetime.  I have gathered up a lot of shit and have been dragging it around with me for way too long.  I would like to escape all this shit I’m carrying, so I’m going to tie up the big sack it’s in, drop it right here, right now, and turn around and just walk away and leave it behind.

I’m tired of looking in the bag and feeling sad and angry about all the shit that’s happened.   I’m tired of occasionally wallowing in it.  Frankly, it really stinks.  And I don’t want to have to deal with anyone elses shit, either.  Maybe I can help someone put theirs down for a bit and forget about it for awhile, but ultimately that someone has to deal with his or her own shit.  I’ll try not to add to theirs, but I won’t take any off their hands either.  So do not hand me any shit.  I’ve been one of those people who has always felt responsible for the happiness of others.  I seem to have passed that trait on to at least one of my children (maybe both) and at least one of my grandchildren (maybe more).  It’s a terrible shitty burden to carry.  I don’t want to do it anymore.

When we go off on a vacation we never take loads of shit with us.  That’s the whole point of going somewhere wonderful and different, to get away from it all.  So I think I’d like to go on a sort of permanent vacation from life’s shit.

I’m going to meditate more, breathe more deeply, eat better, get seriously back into yoga.  I’m going to make every shit-less moment I have left in my life count.  I am going to be happy and at peace with today and all the wonders and surprises it has in store for me.  I know shit will still happen, and I will still have to deal with it, but I vow to do it only once.  I will not cart it around with me and let it make me feel bad over and over and over.  I will let it go.  I think a lot of the stress and worry and fear that gets stuck to all the shit will disappear with it.

Sounds like a great escape plan to me.  And now here’s a nice picture to take your mind off all the preceding shit. 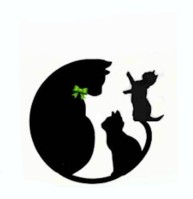 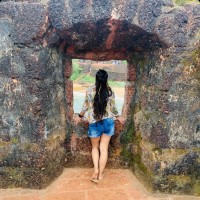