After three months of preparation (no exaggeration) W left this morning for his island in the east.  The river ice was probably a month later than normal breaking up so he had to wait around impatiently for better weather.  I just got a text from him saying he’s in Brandon, so tomorrow he’ll do the last leg of the drive to northern Ontario.

At last we’re getting some lovely sunny warm days here too.  The lawn people have already done most of the spring clean up, except for where the last of our snow mountain was stubbornly refusing to melt.  The last time I mentioned something about green grass we had a snow storm, so I’m not doing that again.

I have lots of plans to keep myself busy in the next several months while I’m on my own.  I would mention them all here, but then I’d be embarrassed when none of them happen.  However, there is one I can tell you about since I’ve done it already.  I bought a bunch of vegetables that W doesn’t like and that I miss cooking for myself.  I don’t understand how someone can not like the taste of zucchini – it doesn’t even have a taste.  Tonight I tried a new recipe with results that even W might have been able to choke down.

What can you do with two zucchini and a sweet potato?

I even took pictures to prove that I’m not completely useless in the kitchen.  Especially when I’m really hungry.

Slice the zucchini in half lengthwise and place cut side up on a pan.  I’m crazy about my Epicure pan which works great for oven roasted potato wedges.  I’m trying to broaden my horizons by cooking other stuff on it too.  Cut the sweet potato into french fry shapes.  Or not, depending on how clueless you are when it comes to chopping things up.

I put a tablespoon of oil and some spices on the sweet potato and tossed them around in a red bowl.  I like Club House garlic plus, epicure seasoning for rosemary garlic oven fries, and salt and pepper.  And I love my red bowl.

Grate some mozzarella cheese for the last layer.

This was really simple to put together, and incredibly good.  Hope you get a chance to try it.  And I hope you enjoyed this random recipe blog.  I promise it won’t be a regular feature, and I can hear your sigh of relief from here.  I’m sure I didn’t teach anyone anything that they couldn’t have googled and figured out on their own, and yes I will admit that it was just a shameless way for me to boast about something turning out well in my kitchen.  That’s a random thing too.

23 thoughts on “When W is Away I Eat Zucchini” 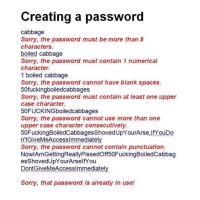