This morning I came across this interesting looking book in an e-mail from Amazon.  They are always sending me suggestions on how to spend my money.  And although normally I am very boring and predictable, sometimes I do things that are spontaneous and insane, like spending almost eighteen Canadian dollars on a book and an author I’ve never heard of before. I blame my ignorance on rarely watching television.  And a few other things that I don’t feel like getting in to here.

But who is there among us who would not like to be 10 years younger and 10 years lighter?  Excepting of course 40 pound ten-year olds.  But what really sold me was this phrase.. gentle, scientifically designed workouts based on Classical Stretch and Essentrics…

I don’t believe the aging process has any hope in hell of ever being reversible, but staying as fit as possible, for as long as I can, definitely appeals to me.  As does not doing anything strenuous which might cause me to break out in a sweat. So I downloaded the book, had a shower, fixed my hair and put on a bit of make up, just in case anyone drops by, so that they will not sadly shake their heads at me and wonder why I am letting myself go, now that I don’t go to work anymore.  No one has actually done that yet, but I like to be prepared, because you never know.

Normally I would not do any of these self grooming things before getting some exercise (whatever that even means anymore, it’s been so long).  Then I started to read.  And I read and read and read, eventually skipping through a bunch of pages and then going back to the table of contents to see if we were EVER going to get to the part where we’re told what to do to scientifically stretch our damned muscles.  There was really no need to sell me on the WHY of all this.  Let’s just do it, for the love of essentrics.

Okay!  I did 9 ceiling reaches, which is a little over half of the recommended dosage.  The process involves much stretching, as promised, and a lot of breathing.  Both good for you.  I went on to the Hamstring Stretches and discovered I could actually do them, even though the pictures had made me extremely skeptical.  Then there’s a bunch more leg stretches and pretzel positions, much like I remember getting entirely frustrated about when I tried yoga a hundred years ago. You are supposed to stop if you experience pain.  Excellent rule.

The Open Chest Swan Sequence for Posture is my favourite, so far.  Except I had to keep getting out of the various positions to tap the kindle to turn the pages.  There are nine steps involved.  The whole procedure is supposed to take about 30 seconds to get through.  HAHA!  By this time my 30 minutes was up.  How the hell did that happen?  And my arms felt like lead weights were attached to them.  So I quickly went through some lunges, noting that I was making almost all of the common mistakes so helpfully noted and illustrated.  Then I did a few side leg lifts, just to see if was possible.

She lost me at the modified sit ups.  I’m saving those for tomorrow.  Or whenever I happen to get to them within the allotted 30 minute time frame.  I’m excited about the zombie position and spine rotation and plies.  There are also Squash Lunges and Barre Footwork things and frankly I don’t know what else yet.  No wonder she put all this at the back of the book to give us lots of time to think about it.

Anyway, it all looks awesome!  And like being double jointed is not a requirement!  I feel like I stretched a few muscles that I didn’t even know I had.  I don’t think the eighth of January is too late to spontaneously come up with a sort of resolution.  I would really like to keep this up. I felt virtuous and proud and down right energized making my ridiculously healthy smoothie after I was done.  There are also pain relief exercises and things to do for balance and mobility.

Looks like a good book!  And like it or not, I will try to keep you posted with my newly young stretched out fingers and admirable computer desk posture.  Hey, those are good goals too. 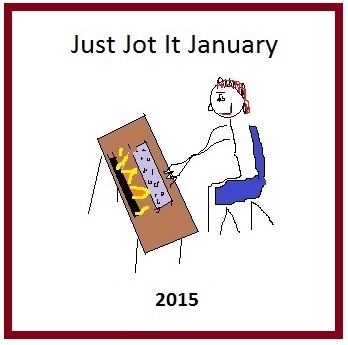 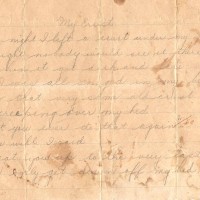