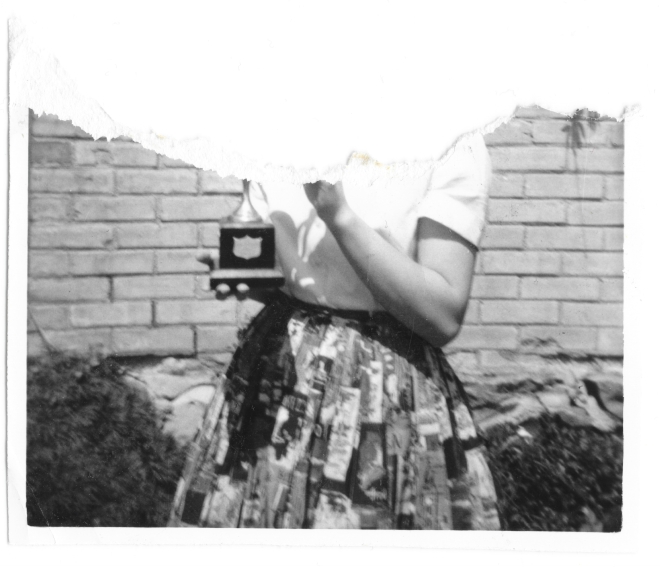 You might also want to prepare yourself for the following conversation.

“What the hell is this?”

“It’s a picture of the trophy I won for public speaking in grade eight.”

“What happened to your head?”