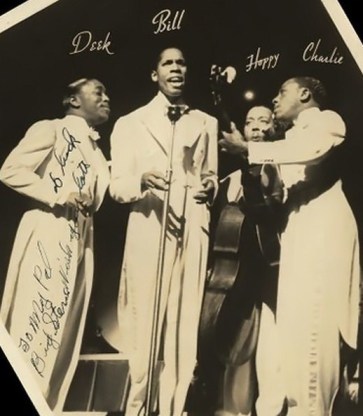 When there’s all kinds of things I should be getting done on a Sunday afternoon, I like to go to YouTube and listen to music from my youth (and even more ancient times than that).  I’m not saying this is a good plan to have, but it’s a lovely open-ended one.  If you don’t like a lot of discipline and structure in your life, I suggest you try it.

The worst case scenario is that you end up with some strange tune in your head for about three days.  But there’s also definite perks involved.  Like discovering a cover of a song that you like just as much, if not better, than the original.  Sorry to all you Peach Stealing Monkey fans out there, but I’d never heard of them until today.  “I Don’t Want to Set the World on Fire” was, is, and ever shall be an Ink Spots hit from the 1940’s.  It lives on in a video game called Fallout.  Another new thing I learned today.  Proving one is never too old to learn something, no matter how irrelevant or useless the information might seem to be at the exact moment in which it is duly noted.  These random facts could pop up in a trivia game at some point in the future making you look brilliant, you just never know.

So here’s the version I like enough to share on this sunny cold Sunday in our non existent Spring.  The one in which we couldn’t set the world on fire if we tried because of all the stubborn snow still hanging about.  Hope you’re having a lovely lazy Sunday doing whatever it is you love to do.