Do I think I deserve an apology that I haven’t yet received?

Oh, probably. I often feel hurt or wronged or on the receiving end of rudeness. When I get all pouty about something I try to consider the source, and then come up with one of two conclusions.

Either I am being overly sensitive and touchy and need to suck it up and get on with my day, or….

…..the other guy is a totally insensitive heartless stupid jerk, and whatever he said or did wasn’t necessarily personal. In which case I still need to suck it up and get on with my day.

There are people out there who, if you tried to explain to them exactly what was offensive and why, wouldn’t get it anyway.

And insincere apologies are worse than no apology at all. When you demand an apology from someone who then obediently says “I’m sorry” what he really means is “I don’t think I did anything wrong and I don’t get why you’re so bent about this, but what the hell, if an apology makes you feel better, here ya go. Suck it up and get on with your day.”

Then there are the people who say they’re sorry CONSTANTLY. For EVERYTHING. Knowing they can say or do whatever they want as long as they apologize for it later. Insensitive jerks.

Do I owe any apologies that I haven’t yet given? Well, if I do, please clue me in because I have that insensitive jerk side of me going on sometimes too. I have been known to screw up on occasion. And even if I don’t think I’m wrong, it has never killed me to at least say “I’m sorry you feel that way. I’m sorry I hurt your feelings. I’m sorry this happened.” I would mean that sincerely. And then I would sincerely hope that you are able to suck it up and get on with your day.

There are lots of emotions that bring tears to my eyes – joy, anger, sadness. Sappy commercials on tv can choke me up! Every movie I’ve ever seen has stirred up some kind of emotion – even if it’s just disgust. So I closed my eyes, spun myself around three times and just dizzily pointed at one from my random and incomplete list of tear jerkers.

I guess the theme that causes me the most grief is ‘death’, although the tears are invariably 99% for the people left behind.

After that of course there is always the power of love theme which makes everything better and causes yet another blubbering breakdown.

And then someone tells me to ‘for gawdsakes get a grip’, and I make a mental note to avoid watching a movie with THAT jerk ever again. 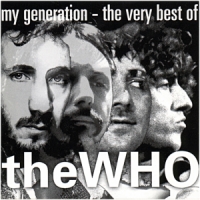