It’s best to get minor traumatic ordeals over with first thing in the morning, which is why I booked a hair appointment at 9:00 a.m. on my Monday off.  I know that’s an ‘orphan-which’ clause, but I dearly love my orphan-which clauses and don’t feel like correcting it.  One day I might be a famous author noted for just such a repeated grammatical faux pas.  In fact, maybe I’ll call my first best seller The Orphan Which.  Watch for that, and remember, you saw it here first.

Today my hair stylist pronounced herself ‘so super excited to fix this up!’ which (sorry, I’ve done it again) set off a couple of alarm bells in my head.  But there’s really no backing out once you’re sitting in that pumped up chair under the giant black cape of doom.

To soothe my frazzled nerves and quiet what’s left of my hair standing on end,  I have spent the better part of the rest of this day finishing the second book I picked up off a bargain table.  Every so often I like to read a real book, as opposed to an e-book, and these two looked like easy reading romantic novels with a bit of mystery thrown in. I was not expecting to learn all kinds of things about assisted suicide.  In not just one of the books, but in both of them.  Really, what are the odds?

Louisa Clark has been let go from the Buttered Bun Tea Shop and with very few marketable skills is desperate for a job.  Will Traynor has spent the last two years of his life as a paraplegic following a motorcycle accident, is depressed and in pain, and has lost his will to live.  His mother hires Louisa as Wills secondary caregiver, hoping to somehow add something to his life which will change his mind about his decision to end it.  Louisa isn’t initially aware of his plans, but once she finds out, she goes a little crazy doing everything she can think of to make him happy and show him that his life is still worth living.  It’s funny and heartbreaking all at once.  Any story that makes me laugh and cry is probably one of the good ones.  The outcome is never a given.  You might be surprised. 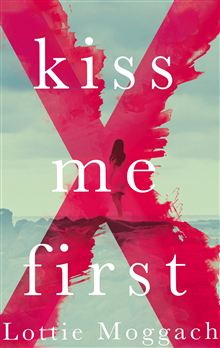 And now meet Leila, a solitary and sheltered young woman who has recently lost her mother.  She joins a chat forum and impresses the sites founder with her ethical debate, and is asked by him to become part of what he calls “Project Tess”.  Tess, a beautiful and popular woman with bipolar disorder, has decided to commit suicide but wants to pass her identity on to Leila so that it will appear to her family and friends that she has simply moved out of the country.  They e-mail, chat and Skype in preparation for Tess’s check-out day.  Leila is very opinionated, but doesn’t have a lot of people skills and constantly misinterprets events and situations after she takes over this new identity, and you begin to think that this cannot possibly end well.  And that’s why you keep reading, because you have to find out.

So, all things considered, it’s been a not too shabby day. 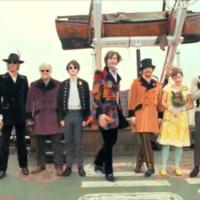