Do I collect anything? Why, yes I do. ANYTHING being the operative word here. If I like it, I collect it. Sometimes even if I don’t like it much I find myself hanging on to it anyway. One day I could have a monstrous garage sale of all my collected things and it would have no recognizable theme whatsoever.

Every so often I ‘uncollect’ a great number of collected items though. Otherwise I might find myself buried underneath them, never again to surface. I give things away, or lend them, or toss them or stuff them out of sight and forget about them.

I gave or threw away all but the most special of toys after my kids grew up, but found myself collecting them again for my grandchildren. After 10 years of this there’s of course way too many of them, but I’m not sure what should stay and what should go. Maybe there’s something treasured and cherished in there for any one of them, and getting rid of it could prove emotional and traumatic and they would never forgive me. It’s more likely that they’ll all simply remember grandma’s toy room as being filled with junk and that they had hardly any room to turn around.

But still, just in case. Best to wait until they’re at least in their teens, or maybe even have kids of their own This plan appeals to me mostly because adhering to it means that I don’t have to do anything about the mess right now.

I have a lot of African things, and a lot of books. Those things I love, as much as it’s possible to love inanimate objects. I would miss them if they were gone. The rest, not so much.

Last week I threw out three beat up muffin tins my mother gave me. They were in really bad shape and I decided they just weren’t something it made sense to hang on to for the sentimental value. So they got dumped in the bin. A couple of days later I bought a brand new teflon muffin tin, because living without at least one muffin tin is apparently something I’m uncomfortable doing.

But it WAS three for one. So that must mean I’m ahead of the game. At least in the bakeware department. I’m working on the rest. Some projects are lifelong, and I’ve accepted that the de-clutter process is probably one of them. 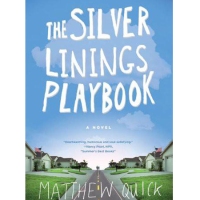