Kenzie (age 10 and a half) (in the middle wearing shades) says writing a blog is probably easy if all you have to do is just answer lots of questions.  So I asked her lots of questions to see what she had to say.  All of these questions are taken from Kid Chat Too (Bret Nicholaus and Paul Laurie)

If you had to paint a message on the roof of your house that could be seen by anyone driving or walking by, what message would you paint there?

Suppose that for one week, instead of saying ‘”hi” to someone you had to greet them with the sound of a farm animal.  What farm animal’s sound would you choose for your greeting?

For each of the four seasons (spring, summer, fall, winter) what is your favourite sound?

If you had to do a job someday that required you to wear a uniform, what job would you want more than any other?

I would like to be an ambulance person, the one who goes in the back of the ambulance with the people who are hurt and takes care of them on the way to the hospital.  Or I could be a person who takes people on a tour, like a guide at a museum, and tells all about the history of something and explains everything, like telling people everything about the titanic and everything that happened.

What do you think will be the most difficult part of being an adult someday?

You have to drive everywhere, and go to a job, and pay all the bills.

If the door to your bedroom could be in any shape you wanted other than the standard rectangle, what shape would you choose for your door?

A circle, or a heart, or a very small square, or a diamond would be cool too.

If you could change your last name to something completely different from what it is now, what would you choose as your new last name?

If a toothpaste company asked you to come up with an all-new flavor of toothpaste for kids, what flavor would you tell them to produce?

Something yummy like chocolate cake and ice cream.  But not exactly.  It would still have to taste like toothpaste or kids would just eat it.

If you could wake up tomorrow morning and be able to speak perfectly any language in the world, what language would you choose?

Chinese, because it sounds kinda cool.  Or maybe Irish or French.  That’s all I can think of right now.

I’d like to start school at seven o’clock and come home at one thirty!  Actually, I’d like to never go to school again and just stay home.  Because I hate math.  I’d rather have history all day long and learn everything about the titanic and there would be no such thing as math.

If you could permanently rid the world of any one type of insect or other creepy-crawly thing, which one would it be?

If you could have in your backyard a statue of anything or anyone at all, what or whom would the statue represent?

I would have a big statue of the Titanic!  Or if that’s too big, it could be somebody from the titanic like Molly Brown, or Captain Smith, or Jack, or Bruce Ismay.

If your full name actually appeared in a dictionary, and the editors of that dictionary asked you to write a definition of who you are, what definition would you give yourself?

Kenzie is a very awesome polite girl who is interested in millions of things.  She has a wonderful family (refer to picture of cousins above).  She is happy that she is very thoughtful.  And she likes to eat the icing off the cupcake first. 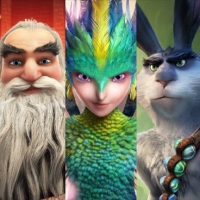