I missed answering the promptless prompt last week about retrocausality  (“can the future affect the present, and can the present affect the past?”) because, frankly, it confused the hell out of me.  I took one set of philosophy classes in my life where everyone sat around a table and argued themselves in bewildering circles, and that was enough with the thought experiments for this poor befuddled little brain.  I passed the course, by the way.  I found out I could say any bizarre thing I wanted and the rest of them (including I guess the professor marking the final exam) would be properly astounded by my deep thoughts.

Well, my thoughts aren’t that deep anymore.  Sometimes I believe we think entirely too long and hard about things and that’s why we get headaches and are all crazy as loons.

Which brings me to the promptless prompt for this week –  L’appel du vide is French and translates to “Call of the Void”.  It is the unexplainable urge to jump when standing on the edge of a cliff, or tall height.  It can be considered a form of self-destructive ideation, or a protective instinct to let the brain play out what the body should not.  It’s definition has been expanded to describe responding mentally to the call of the siren song– whether that means the desire to reach into a fire, drive into a wall, or walk into the eye of the storm.

See?  Bat shit crazy.  With death wishes.  Not a great combination for the survival of our species, is it?

I am going to be alive (although perhaps just barely) in the year 2040. (A psychic told me this, if you’re wondering how I came up with it.)  I believe the reason for my longevity will revolve around the fact that I am a gutless wimp.  I have never in my life experienced the urge to jump off a cliff.  I do not reach into fires.  I crawl under my bed when there’s a storm.

Okay, I made that last bit up, but I certainly don’t go out for a stroll during a tornado watch or drive my car at breakneck speeds like all the other lunatics out there.  Or jump out of airplanes. Or engage in any activity that has the potential to cause physical pain.  Like hot yoga or housework.

Even in my head or my dreams I never do anything even vaguely adventurous.  I do not understand extreme sports like mountain climbing, or taking unnecessary risks or the mindset behind any of that stuff. I think roller coasters are stupid.  I had an adrenaline rush once, but it was from a cortisone injection in the bottom of my foot and completely by accident on my part. I thought I might be having a heart attack but the doctor said it was a normal reaction to the shot, and kind of rolled his eyes when I suggested he might have warned me.  I never went back to him.

I don’t even answer the doorbell or the phone if I’m not expecting a visitor or a call.  So the void can call me all it wants – it will get no response from this chicken-hearted scaredy-cat with a brain that can’t fathom the worst case scenario and has little desire to try. 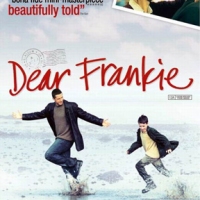