This morning I cut my hair myself, something I’ve been messing about doing half my life it seems.  And I’ve spent the other half being upset with, happy with, or puzzled by the results of professional haircuts.  At least when I do it myself I save time, learn something, and am always delighted to use the money and time I would have spent with a hairdresser on something more fun.  And less traumatizing.

When we first moved to the Arctic with our one year old daughter my hair was long and straight.  I wore it pulled back at the neck, braided, up in a pony tail and even in pig tails sometimes.   We lived in an isolated community with few amenities, accessible only by air, and I was pregnant and bored.  There’s a deadly combination.  After weeks of conversing with a toddler because my husband was always working or away, using up all my yarn and craft supplies and watching it snow,  I decided to hack off my hair.  Hey, it passed some time.  I took off only a few inches that first time, but then my mother in law sent me the first curling iron I ever owned and the real experimenting began.

This is me with my two babies (February 1976) after six months in Cambridge Bay and who knows how many self-inflicted hair cuts.  Once my son arrived I had much less time to be bored so the frequency of hair cuts slowed down considerably.

Fast forward to Christmas that same year when we flew to Ontario.  Our son was almost eleven months old and our daughter was two and a half.  I was long overdue for a visit to a salon.  Mothers of young children generally aren’t known for their astute sense of fashion and style, which might explain why I decided to get my hair cut in a “shag”‘ made popular by people like Jane Fonda in the movie Klute.

When I returned with my newly shorn “do” my daughter stopped in her tracks and stared at me.  Not much ever made that kid slow down, so that’s why I remember it.  I picked her up and she grabbed a little fist full of what was left of the hair at my forehead and said “MOMMY ARE YOU IN THERE?”  Yes, my daughter always spoke in caps lock. 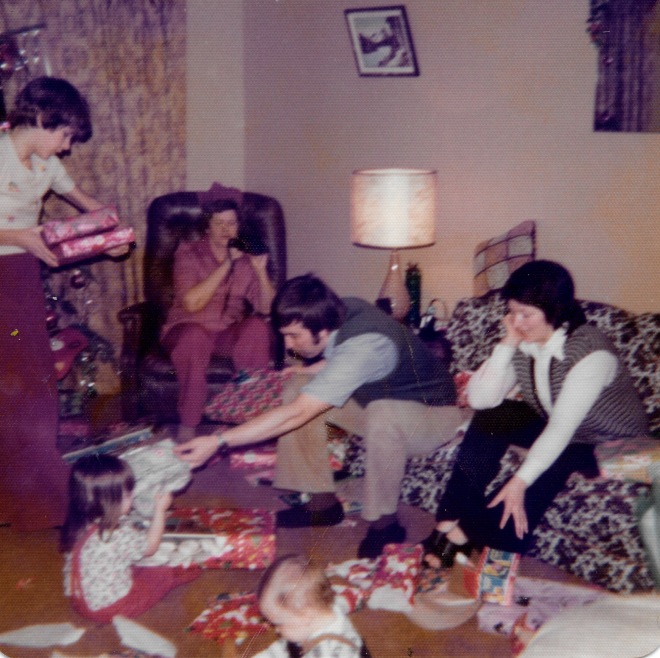 And yes, those are bangs. The shortest bangs in history, except maybe for the ones little kids cut by accident on themselves.  I thought you also might enjoy seeing W in a pink paper party hat, and a messy gift opening Christmas Eve.  And my classy shoes?  Don’t miss those.

The great thing about hair is it keeps on growing and after a couple of months I finally made peace with this hair cut. 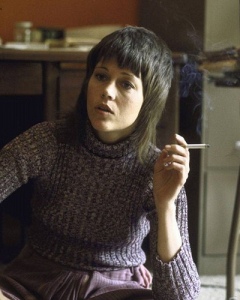 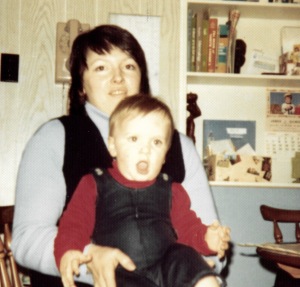 Jane Fonda, eat your heart out.